Pen and ink and wash, on paper 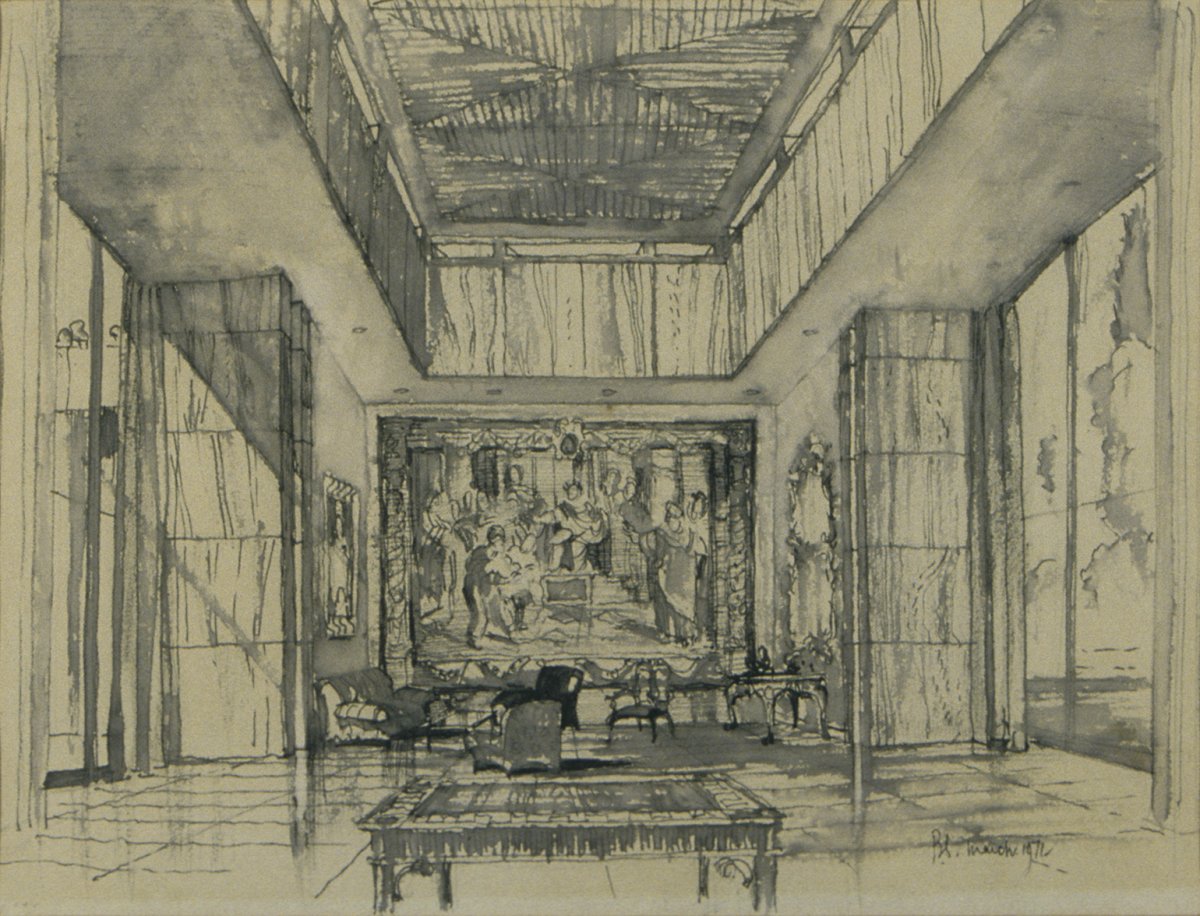